The student exchange program offered through the King’s Academy Round Square Office is becoming increasingly popular each year. This past summer, a record 17 students travelled the world in search of adventure, discovery, culture and learning. King’s summer explorers travelled to Australia, South Africa, India, Peru and, for the first time, to Germany, Japan and Namibia.

Also this summer, Sadeen Al Sabbagh ’20 travelled to Ecuador to participate in The Big Build, a Round Square International Service Project, where she helped to construct community and childhood centers that will provide a vital resource for the 600 residents of a small village. According to Al Sabbagh, the service project was an international affair, bringing together students from 25 schools around the world, representing 13 nationalities and offering a truly multi-cultural — as well as humanitarian — experience. 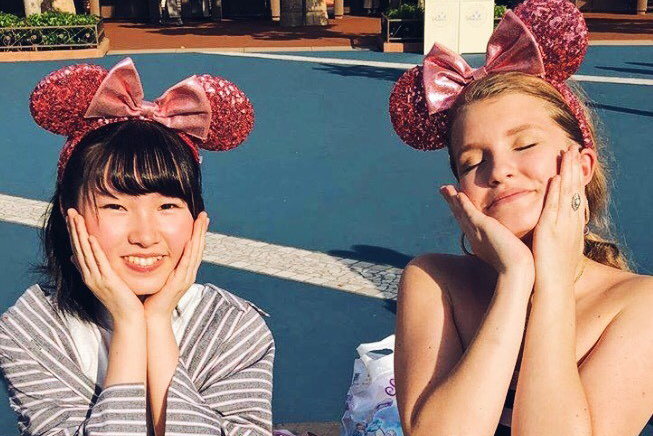 One learning experience for the students, according to Al Sabbagh, was taking on the responsibility of being group leader for the day. “This allowed us to lead a truly international team, and develop problem solving and communication skills,” said Al Sabbagh.

For Fiona Hansen ’19, who spent six weeks on exchange in Japan where she attended Yakumo Academy, the experience gave her the opportunity to experience Japanese culture and food, to observe how the Japanese greet each other and care for their elders, and to visit places such as Harajuku, Shibuya, Senso-Ji, Mt. Fuji, Tokyo Disney Sea and British Hills. During her stay, Hansen participated in a traditional tea ceremony, made new friends, and says she now has “family in Japan.”

“I learned more about myself and my purpose in life and expanded my world view,” said Hansen. “I also learned about traditional and contemporary Japanese customs, culture, and language.” 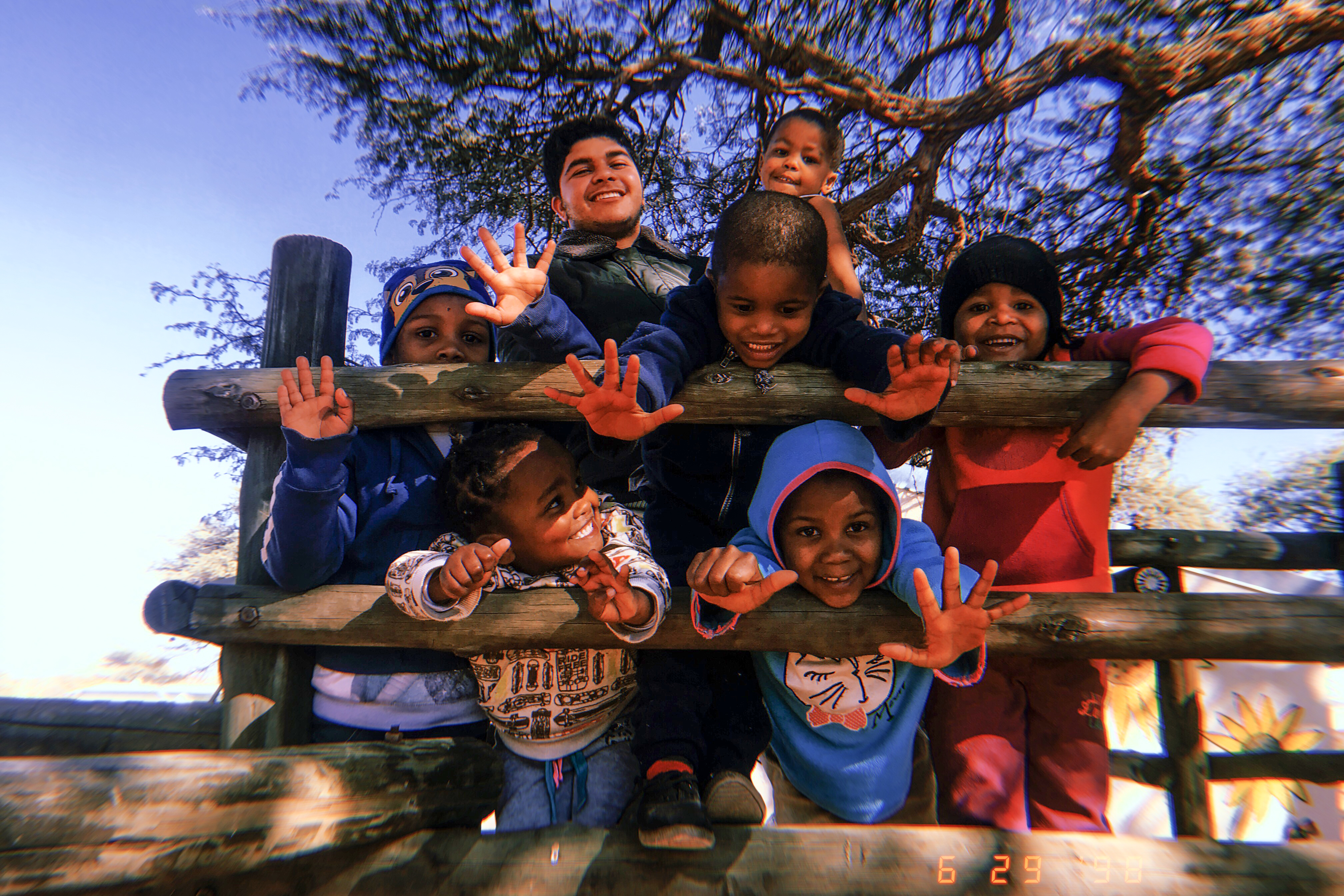 According to Rawad Maiteh ’19, his five-week exchange at St. George’s School in Namibia made him more empathetic of people not the same as him, as well as more open-minded about different cultures and traditions. During his stay, he learned about the different tribes of Namibia and the country’s history and its language, participated in community service, and went on safari in Windhoek, where he saw native wildlife such as kudo, oryx and white rhino. The most challenging experience, he said, was a seven-day, 100-kilometer mountain hiking trip which pushed him to his limits both physically and mentally.

“This experience made me realize my potential and know myself better,” said Maiteh. “It was an amazing experience that I will never forget.” 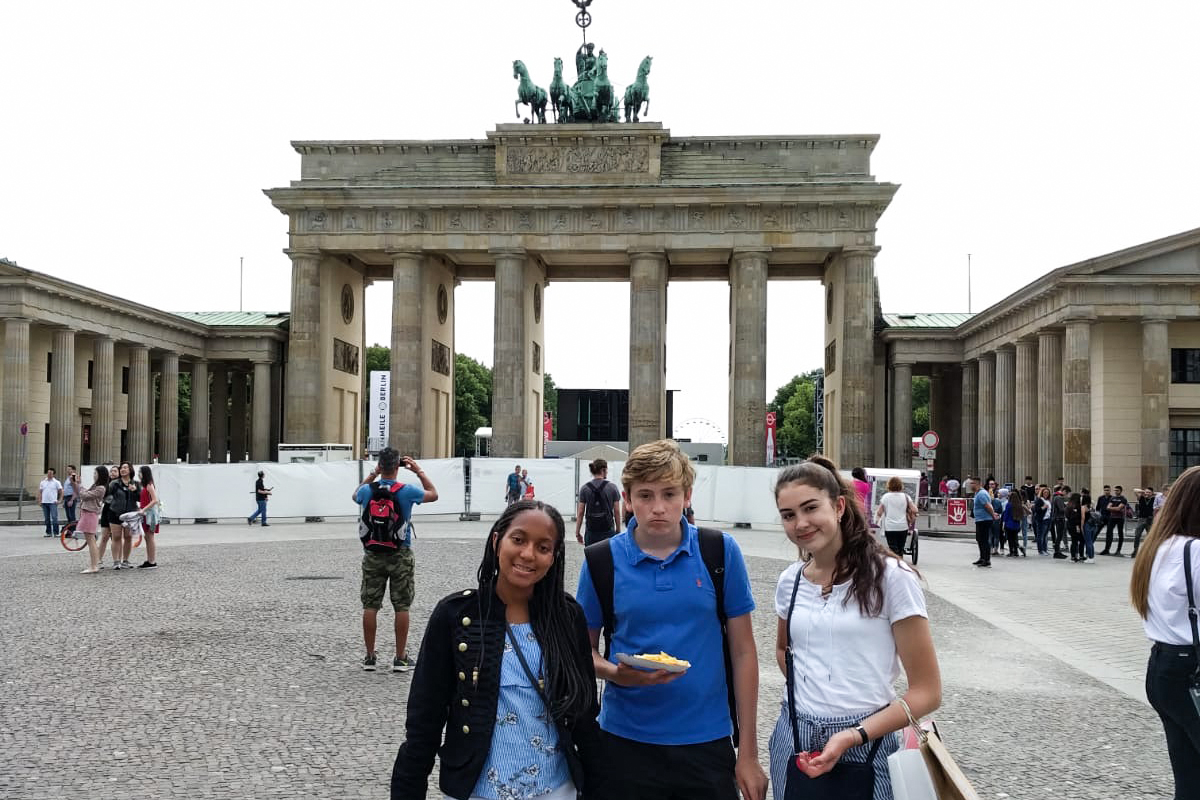 Spending five weeks on exchange in Germany exposed Dina Dawod ’20 to many new opinions. While boarding at her host school, Louisenlund, Dawod participated in “deep discussions and heated debates,” particularly in her favorite class there, Global Politics, which she said raised many questions about cultural differences and interconnections — exactly what she was experiencing during her stay.

“Although my classmates and I come from different backgrounds, I made new friends quickly and felt the true essence of being a global citizen, as I realized we share many values and interests,” said Dawod. 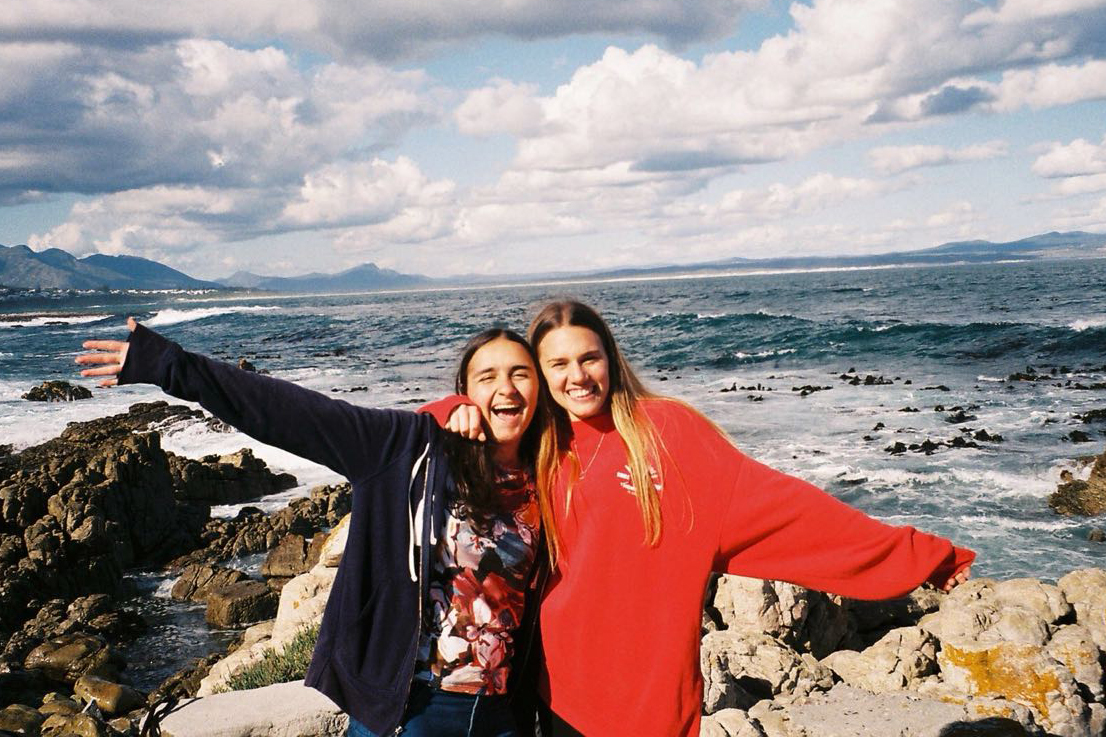 “One of the most important things I learned was some Hindi,” said Nimri, who can now read and speak a few phrases of the “challenging but interesting and beautiful language.” She also took lessons in Indian music and dance, which she says was a significant part of her experience. “I think my favourite part of the experience though, was teaching the girls about Jordan and the Middle East, and teaching them Arabic.” 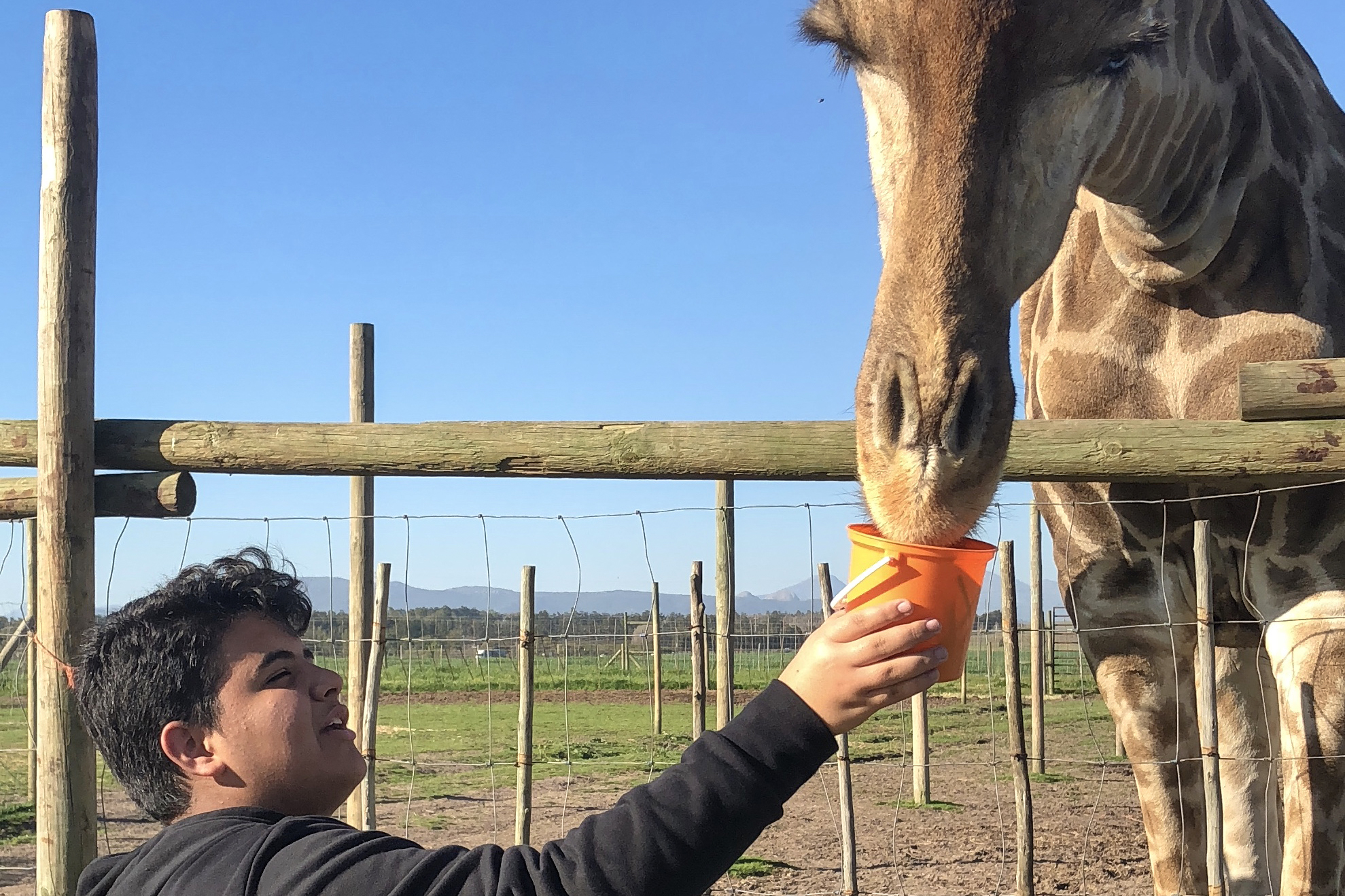 Ghaith, who attended Roedean School during her stay, said her most memorable experience was joining her host school in a march for women’s rights during Mandela Week. For Issa, who was also hosted by Roedean, going on safari and feeding giraffes is a memory she will never forget. Abu Tayeh, who attended Bridge House College, said he is most grateful for the support shown to him by his host family and new friends, who welcomed him with open arms. The exchange made Abu Karaki more confident, responsible and independent, she said, and recommends all students try the “once in a lifetime experience.”

Australia is another firm favorite for exchanges, with Majd Shatara ’19, Zeena Al Fayez ’19 and Fawzi Al Jawhari ’20 travelling down under where Shatara was hosted by Scotch College while Al Fayez and Al Jawhari were hosted by Radford College. Shatara was mesmerized by Australia’s natural wonders, and visits to various sites such as Rottnest Island, Wave Rock and Manjimup were memorable parts of her trip. 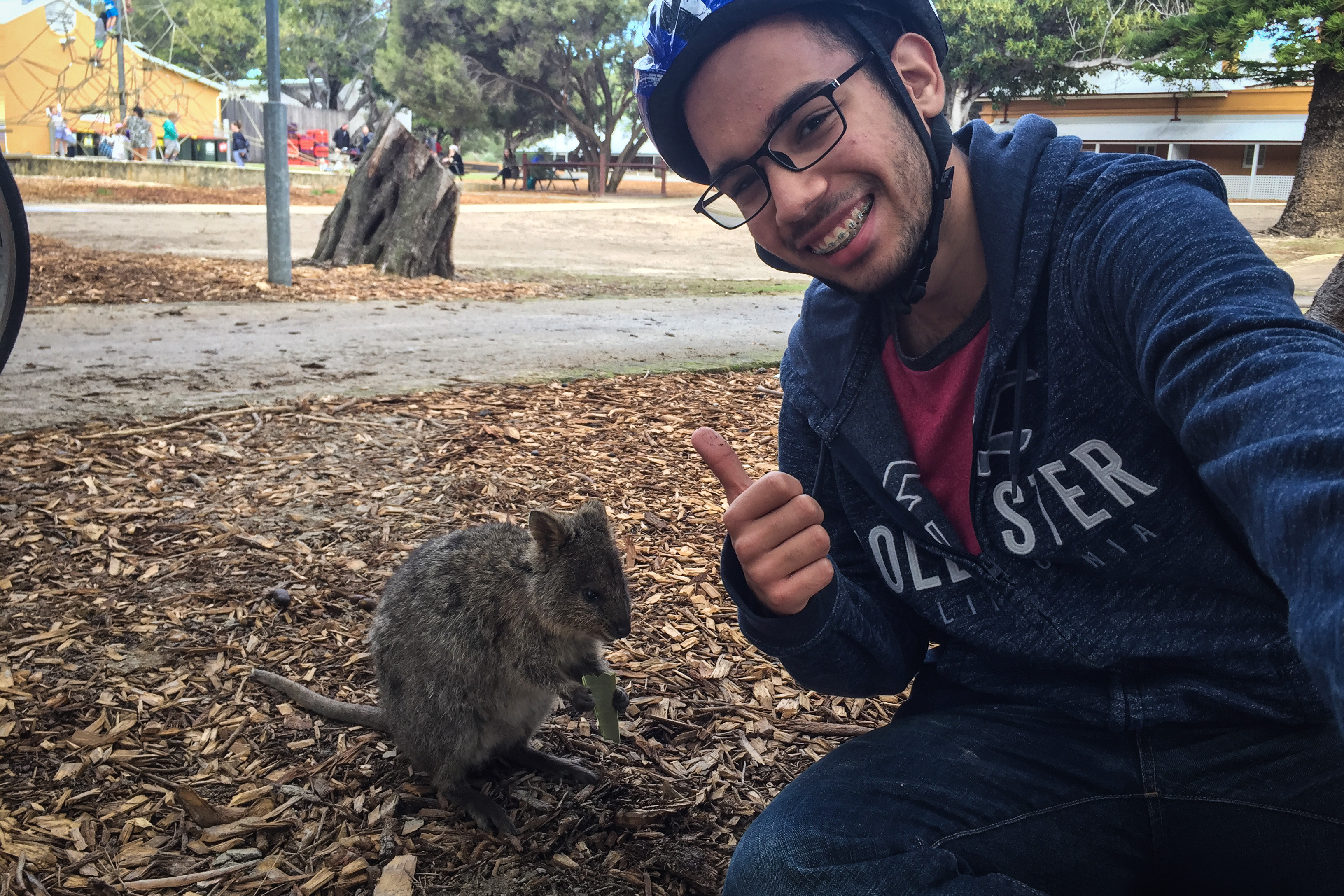 As much as she enjoyed every moment of her exchange in Australia, Shatara said that some of the differences she noted between the two schools made her realize “how great King’s is, and how grateful I am to be here.”